Cookies & Privacy
We do not track or sell your personal data. We use a minimal amount of cookies in order to provide the best experience for you. By using this website you agree with our terms of use
#Product Development #UX / UI

Productise - How to turn great Technology into great Products

Most startups begin with a great idea and technical expertise. But there’s a profound difference between great technology and a great product. This post is for anyone who wants to build a product that people will actually use. Not just technology that solves a problem but won’t scale. The verb I use to describe this process is ‘productise.’ To productize means to turn something into a product.

I’ll explore the principles of productisation then drill down into a specific example. The example I use is x.ai’s Amy, the AI bot who acts as your personal assistant. Amy became de rigueur for scheduling meetings in the startup and VC community in 2016.

I chose Amy because she’s a great example of AI that’s been developed into a consumer product. Of technology that’s been successfully ‘productised.’

Amy’s also noteworthy because x.ai (the company who created her) profess to be ‘Anti-Lean’. As product people, we’re all familiar with Lean Startup. Lean has been the prevailing philosophy of product development for some time. So, it’s interesting to observe the emergence of startups proudly claiming to be Anti-Lean. 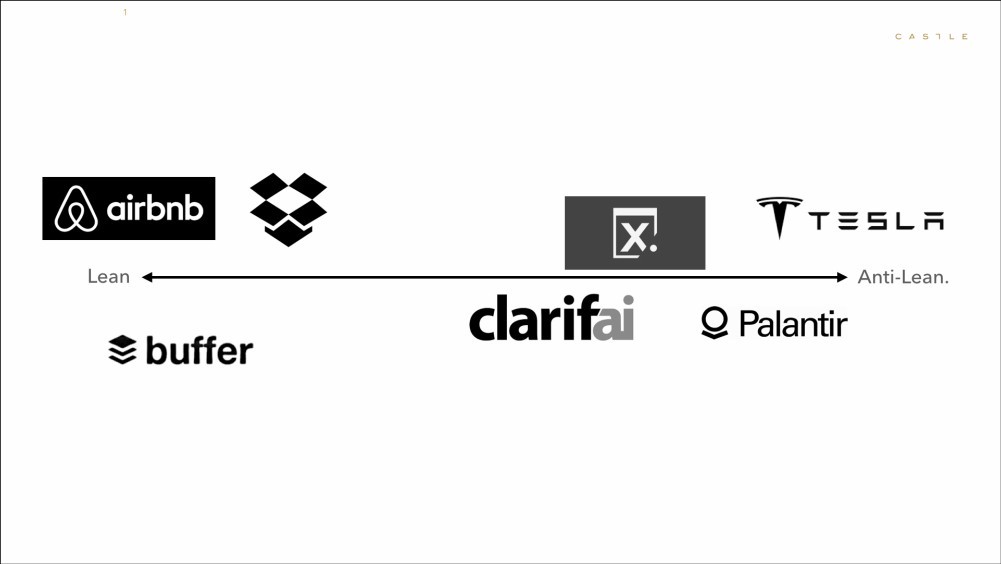 If we imagine an axis of ‘lean-ness’, there are unicorns like Airbnb or Dropbox at one end. These are cast from the classic Y Combinator ‘lean’ mould. At the other extreme is a company like Tesla. No one could accuse Elon Musk of being a lean practitioner. Everything he does is a moonshot, requiring enormous capital investment.

Somewhere to the left of Tesla is a cohort of AI companies, like x.ai and Clarif.ai, who explicitly state, ‘Lean just doesn’t work for us.’ x.ai needed three years of R&D investment to get their product into the market. Anti-Lean requires more upfront capital. It also affords less opportunity for iteration and pivot. Anti-Lean companies need to be more certain about their users, and their users’ needs, when they do launch.

Productisation means translating a vision into a product that is usable and capable of global traction. The principal benefit of productisation is that it helps you cross the chasm. Geoffrey Moorefamously identified a market chasm that separates companies who appeal to a small group of technology geeks from those who appeal to the mass market. His book of the same name explores all the factors that impacts a startup’s ability to make the leap. Productisation is one aspect of this.

Productisation also guards against Stack Fallacy. This idea comes from Anshu Sharma, once a Product Manager at Oracle and now a partner at Storm Ventures. Stack Fallacy suggests that, within any given technology stack, each provider overvalues the significance of their own layer. They also undervalue the significance of other layers, especially those higher up the stack.

Stack Fallacy is the reason “Database companies believe that SaaS apps are ‘just a database app’, which gives them false confidence that they can easily build, compete and win in this new market.”