Shopify has outlined a quick video guide on gaining new Instagram followers. Skip to the 3 minute mark if you’re short on time. Since they’re the most popular ecommerce platform for brands on Instagram, let’s take their advice to heart and then expand on it. We begin by analyzing your competitors’ existing audience, then determine their most valuable followers. Since they’re already interested in your competitors, it’s likely they will not only follow you, but potentially convert to a customer as well.

To summarize, find your competitors and engage with their followers.

Step 1: Identify competitors who you can steal followers from.

You can start off with local competitors. Add them to your list of Instagram accounts you want to steal followers from. Great. Local competition sorted. ut how do you find similar accounts to yours from elsewhere in the world? Many would think that searching by hashtag and looking at the Top Posts section would be an effective technique. It isn’t. Take a look at the search we did below for #DustyFingers — a popular hashtag among vinyl record collectors. 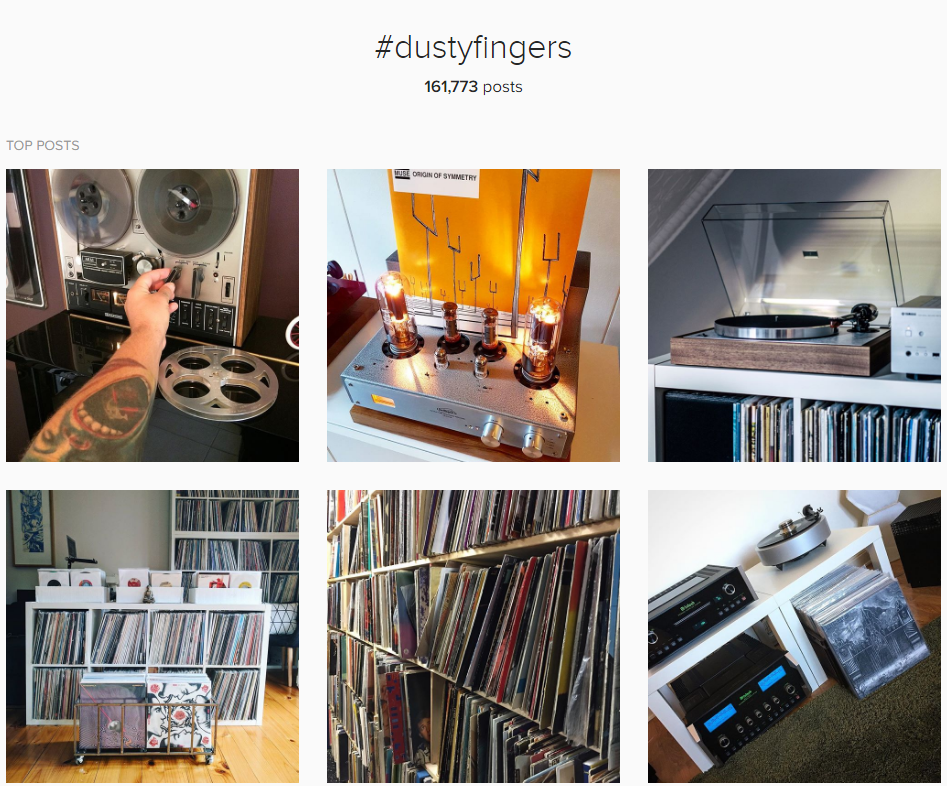 It’s mostly consumers, but we want to be more targeted. How do we find people that follow record stores and not only other record collectors?

SMAudience is an amazing free tool for finding Instagram influencers. When you search for a hashtag, it gives you a list of popular accounts that have recently used the hashtag, their total follower count and most importantly: their average engagement % per post. Powerful. We did the same search for #DustyFingers, scrolled down a tiny bit and found our 1st brick and mortar record shop to take notes from. 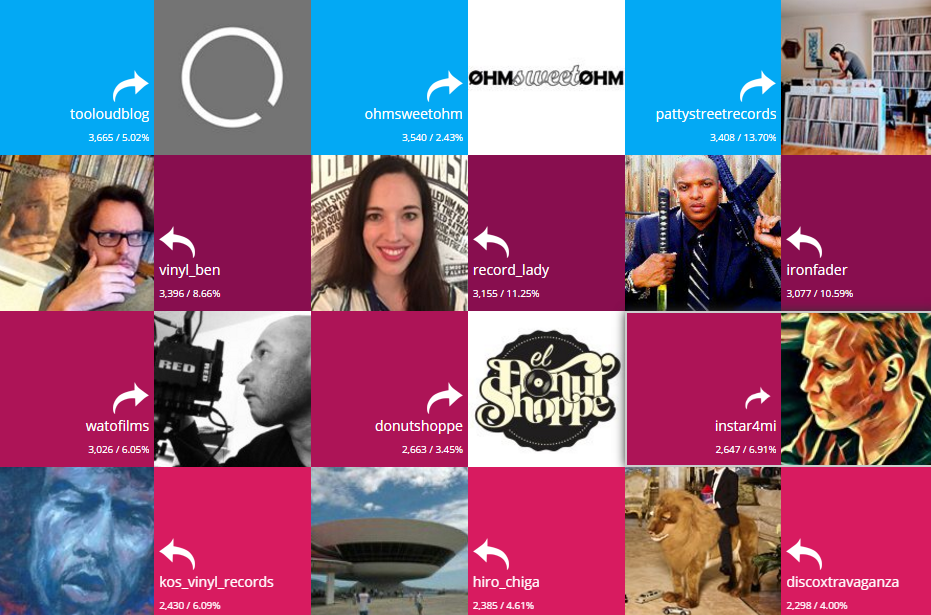 SMAudience Influencer Search will show you who your competition is and their average post performance.

Step 2: Determine which of your competitors’ followers are most likely to follow you.

Don’t count on social media platforms to last forever. There have been many studies on the life expectancy of a social network and Instagram is no exception to the rule. Although Instagram has improved its daily user growth, it also loses a large number of users on a daily basis as well. There are many reasons why people leave Instagram, but that’s not what’s important in the context of stealing the competition’s followers.

Don’t worry about the people leaving the platform. We’re going to identify habits of Instagram users that not only show they’re in it for the long haul, but are also willing to follow new accounts.

The more Instagram features that a person uses, the more likely it’s part of their daily routine. This lowers the likelihood that they’ll quit the platform. There are also common habits to look for that are strong indicators that they’ll follow you after some engagement.

Do they post often? Look at the time between their posts. If it’s daily, they’re grade A! How many posts have they made? Anything under 100 means they’re either on their way to leaving Instagram or they’re a relatively new user. How long have they been on Instagram? Scroll down their profile for a bit and see how old their posts get. You don’t have to go all the way if they have lots of posts, but if they’ve been around over a year, they could be your next new follower. Do they use hashtags? Some people don’t fully grasp what they’re meant for or they don’t know how to research Instagram hashtags. If they don’t use them at all, consider them deadweight. Follower to Following Ratio: If someone has a ton of followers but they hardly follow anyone themselves, they’re unlikely to follow you. Look for users who are anywhere close to a 1:1 ratio because if you follow them, they’re likely to follow you back.

Ask engaging, in-depth questions about someone’s experiences. The key part of this is that you should think about someone’s experience, not the photo itself. What was their day like? What would you like to learn about the photo that wasn’t expressed in the caption? These types of comments have ridiculous reply rates, so try it out. Everyone thinks they’re clever, but not all posts are home runs. The comedic talent in the captions of Instagram users who aren’t marketing savvy go unnoticed all the time. This also applies to photographic and artistic merit as well. Try to find posts by a competitor’s follower that they thought would be a grand slam, but wasn’t. Look for photos with lower engagement than their average and leave a genuine compliment for them. 😄 Like a bunch of recent posts. Yeah, it’s that simple. As a rule of thumb, you’ll gain 2–3 new followers for every 100 photos you like. Follow people. Follow people that are the most likely to follow you back: users with a 1:1 ratio of followers and following.

The Takeaway: Hopefully by now you’ve realized how easy it is to steal your competitors’ Instagram followers. In short, the best approach to take here is to find your local and global competitors, take a look at their valuable followers and engage with them. Simple.

☞ Smash that motherfucking KARMA if you found value in my writing!

How to Steal Your Competitors’ Instagram Followers
Apr 8, 2019
Chris Tweten

How to Steal Your Competitors’ Instagram Followers
Apr 8, 2019
Chris Tweten