How to be more successful in business using Vision

Starting a business is one of the hardest and perhaps meaningful things you can do in life, but not everyone is successful at it.

There are multiple factors and variables involved in one’s success, but how can a person increase those chances?

Today I want to talk about one of those things called Vision.

Vision, in my opinion, is easily one of the strongest precursors of success, but what is it?

Its literal dictionary meaning is:

imagine as a future possibility; visualize

I would say in the practical sense its meaning is:

A person’s ability to clearly hypothesize the course of future events and actions, the correlation between them, and their eventual outcome while taking into account multiple variables and contextual factors.

Or in other words a person’s ability to envision the future in a detailed, clear and realistic manner.

So what does it have to do with business?

When first starting out building a business you most likely have an idea of what you want to do, and what it seems an infinite number of unknown elements. You don’t know who your customers are, what are the market conditions, how much money you have to burn down before you start making any profit and so on and so forth.

Now, if you had a vision that is more clear you could cut the time of figuring things out in half.

Let me try to illustrate this with a graphic,

Company A starts out with a poor concept ( vision )

They spend more time and resources figuring things out on the move and going back and forth with different product versions.

They may eventually find product-market fit, validation and so on, but they wasted valuable time which could put them at risk of falling behind any competitors building similar products and they spent more resources which shortened their runway.

Company B started out with a clearer concept,

As you can see from these two examples starting out with a better concept helps.

Some might ask, isn’t this why the Lean methodology was invented?

Yes, absolutely, however, I think in this scenario the cost of figuring things out on the way is way too high, so starting out with a well thought out and realistic plan is the smart thing to do. Agree?

Soo, How do we do that in real life? Hmm, great question.

Here’s the practical take out.

When planning a new business, a product or a startup, 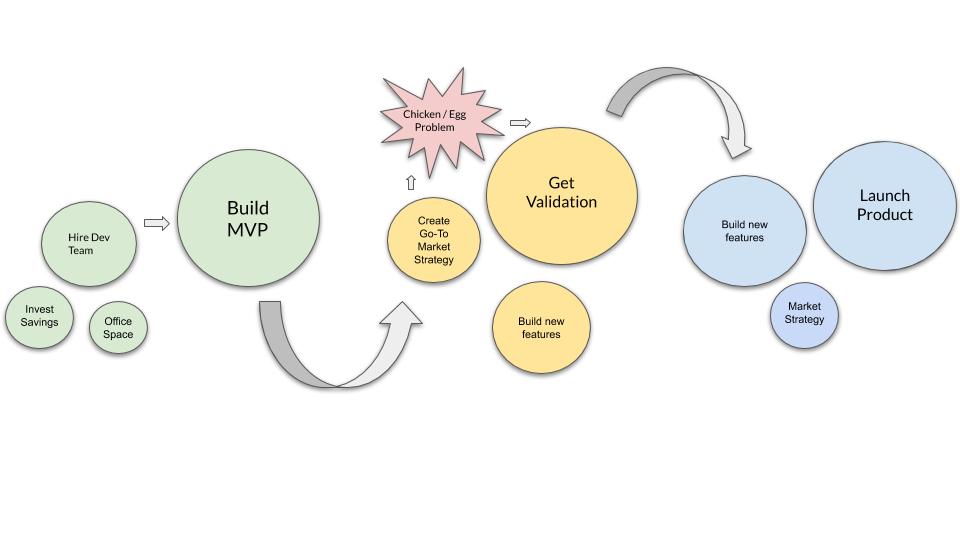 And remember, this is a marathon, not a sprint, those who manage not to fail long enough will eventually succeed.

How to be more successful in business using Vision
Jan 2, 2020
Lubomir Fotev

How to be more successful in business using Vision
Jan 2, 2020
Lubomir Fotev