Cookies & Privacy
We do not track or sell your personal data. We use a minimal amount of cookies in order to provide the best experience for you. By using this website you agree with our terms of use
#Marketing #Sales #Product Development

How to Create a Brand Your Competitors would Die For

All brands should have a personal dimension. All brands need a human element.

I do not care whether you are a personal brand (coach, consultant, author), or business. The same rules apply.

Not sure if you agree? Indulge me… 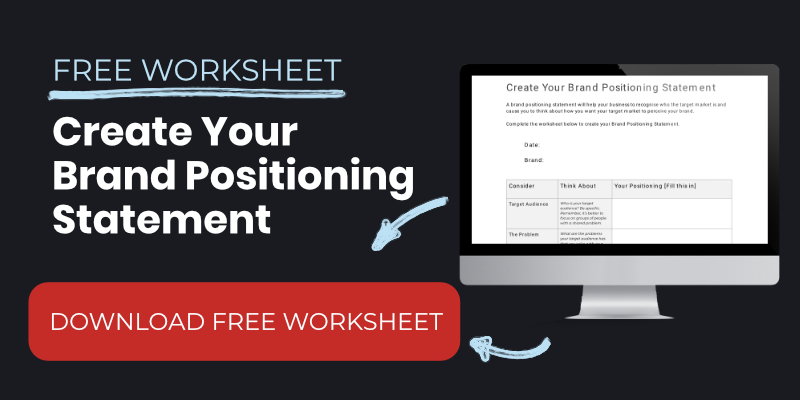 Branding exists to create an emotional connection with your target audience and build a relationship with them over time.

It is the emotional connection that makes someone choose your brand over your competitors.

Think about it for a moment.

Imagine you are standing on the edge of a cliff and two people are hanging over the edge screaming and about to plunge to their deaths.

You only have time to save one of them!

On that clifftop, staring down into the abyss you have a difficult choice to make.

Whose hand would you grab and save?

Now if I told you one is a complete stranger; the other is someone you have a close emotional bond with, your partner, or one of your children.

Whose hand would you reach for now? Would it influence your choice?

Of course, it would, it is the way we humans are wired, there is no escaping it.

“It is the emotional connection that makes someone choose your brand over your competitors.”

An extreme example, granted, but the principal is the same whether the decision is life and death, or simply deciding which brand to buy.

I am not talking logos here.

For the record, a logo or mark is just the symbol that visually represents the emotional and experiential connections associated with a brand.

The mark/ident/logo is the shortcut that evokes the emotional feelings in our brains. It is important, of course, but not as important as the reason you have a logo in the first place.

Your emotional connection with your customers is why they reach for your hand when you are hanging off the cliff, and not your competitors.

Now that is cleared up, back to the script.

There is a saying that people buy from people they ‘know, like and trust’.

Logic follows that by working on the human element of your branding, you will be making it easier for people to make a connection with you and your business.

Sure there may be several people saying similar things to you in your field, but they are not you.

You and I, along with each and every one of the other 7-point something billion humans that inhabit this planet are unique.

Every single one of us is different; this is your strength. Use it to your advantage.

You are the best person in the world at being you.

To illustrate, think of your favourite actor and visualise them in the different roles they have played.

Note how they have transformed from role to role, but they are still the same person.

Take Han Solo in the movie Star Wars, played by the inimitable Harrison Ford as an example.

Sure another actor could have played that part, read the same lines and be witty and likeable, but they could NEVER be Harrison Ford.

He brings his uniqueness to every part he plays.

How to Create a Brand Your Competitors would Die For
Oct 11, 2019
Colin Scotland

How to Create a Brand Your Competitors would Die For
Oct 11, 2019
Colin Scotland